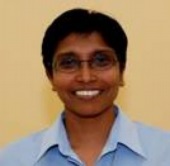 Joan is the Province Leader of Singapore/Malaysia

Sister Joan Lopez was born in Seremban, Malaysia on February 5, 1960, and made her perpetual profession in Good Shepherd on 28 September 1997 at her hometown parish. Joan has been involved in ministries in her province, including a crisis centre in Ipoh, a teenage centre in Kuala Lumpur, and a hostel for teenage girls in Sabah. Over the years, she has been local community leader and formation director for the different levels of formation. She served on the province leadership team of Sister Susan Chia.

Sister Joan assumed office in March 2010 for a six year term, and was re-elected Province Leader at the 7th Province Chapter of Singapore-Malaysia, which was held from 3 - 7 September 2016. Her three-year term of office will begin on 8 December 2016.

Learning English in an International Community

Participants in this programme, organised by Good Shepherd Convent Restful Waters, Singapore learn English through a broad spectrum of experiences and learnings

Growing Corn for a Cause, in Malaysia

The GSAP Integration Committee describes its meeting in Kuala Lumpur from 12-16 July in ways which are inspirational and practical, and they invite us all to seize the moment. Carpe Diem!

Facilitation - A Way of Life

A workshop in Malaysia was attended by 17 Good Shepherd Mission Partners from 4 Provinces from 20 to 28 May 2019. It was a time of strengthening and celebrating co-responsibility for mission

True life story of Mary Euphrasia Pelletier, from mischievous girl growing up in the aftermath of the French Revolution to a woman with a vision to improve the lives of countless women and children

This programme, aimed to equip participants with the skills to plan and write effective grant proposals and so much more, may be better described as a holistic Leadership Programme

The GSAPIC met in Singapore from 15-17 March 2019. This brief description gives a flavour of their work, and more information will be available after their plans are considered by the APC in April

'One Billion Rising', in Malaysia

The ministry of Sr Gerard Fernandez, in Singapore

The nine Province Leaders of Asia Pacific met in Ipoh, Malaysia for their annual meeting, joined by two sisters from the Congregational Leadership Team

Facilitation as a way of life

In organizing a session, workshop or meeting, who do you look for to facilitate the event? This article may give you some good ideas....

Responding to an urgent plea, a team from Singapore planned and implemented the installation of a fresh water system in a Good Shepherd School in Ho Chi Minh city

The Centre, named in memory of the late Sr Susan Chia, will provide literacy and skills training aimed at empowering local women with business start-up and employment opportunities.

Launch of social enterprise - 'Everything Pineapple'

Learning the Art of Skilled Facilitation

16 participants from many provinces of Asia Pacific responded to the call to learn the skills of facilitation at a workshop held in Ipoh, Malaysia from 31 March to 8 April

The Good Shepherd Mission Team in Singapore describe the steep learning curve they travelled in enabling a community in Padaviya, Sri Lanka to have new healthy water systems

Power of the Word of God, a session in Singapore

Mary Anne Baltazar receives a top award in Sabah, Malaysia for her significant work in improving the lives of migrants, especially children

Love Beyond Borders - from Angola to Singapore

A meeting with President Barack Obama

Session for Formation and Partnership

In Malaysia a Good Shepherd Centre continues to adapts to new needs, opening its doors to unaccompanied refugee minors

Anne Baltazar from Malaysia speaks on Prostitution and Human Trafficking at the Vatican, and meets Pope Francis

Story of Good Shepherd Beyond Borders

Volunteers acknowledged in Day of Appreciation