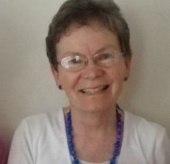 Over 50 years ago in Aotearoa/New Zealand Teresa tried to avoid her attraction to Good Shepherd, but it energizes and inspires her still

Sustained for a lifetime....

My sister, three brothers and I were born in the Wairarapa, north of Wellington. Our parents were in business in a small hotel at Gladstone so our early years were spent in a rural setting. We attended the local school.

When I was eleven we moved to Wellington and my sister and I commenced at St Mary’s College.  There were challenges of course, as the shy girls from the small country school adjusted to life in a large city school.  Those challenges and other experiences influenced my Good Shepherd choice years later.

Over five years I worked in Wellington and Sydney for accountants and in the Commercial Bank of Australia.

My awareness of Good Shepherd came when I was about 18. There was an article in a Catholic publication Zealandia about the work of the Sisters of the Good Shepherd in Te Horo. The sisters conducted a residential facility for girls and young women called “Marycrest”.  Upon reading the article a seed was planted – although I was unaware of it at the time.  About three years later something stirred deep within; the seed had grown into a tiny fragile plant that pushed itself through the soil of my heart and would not be quelled despite my best efforts to do so!  In June 1962 I set sail for Sydney in the hope of getting away from the sapling that seemed to be taking over my life!

A year later I was back in New Zealand, preparing to join the Sisters of the Good Shepherd.   The contrast between the bright lights of a huge vibrant city,  friends to enjoy it with and an enjoyable job, and life in a monastic setting, was almost too much for the human spirit – or at least for my spirit!  Be that as it may, the age of miracles had not passed because whatever had drawn me in the first place sustained me. During my formation I learned about and was inspired by Mary Euphrasia’s life, and imbibed the Good Shepherd spirit and mission. The kindness of the elderly Sisters deeply touched me.

Ministries I was involved in included residential, community and institutional settings. I was a prison chaplain in a male prison for fifteen years.   A highlight of that ministry was being able to prepare prayer liturgies the men could participate in and enjoy.  The image most of them had of God was demanding and punishing, so to convey a God of compassion, forgiveness and love was always the priority.

For 10 years I was involved with The Trading Circle in Aotearoa-New Zealand.   What energised and inspired me in this project was knowing that the sale of the products, beautifully crafted by women and teenage girls and boys, enabled dignity, financial security and a sense of well-being that flowed through to their families.

Initially I was very reluctant to begin the Good Shepherd journey.  Now, well over 50 years later, Good Shepherd flows through my veins – so to speak.   I shall always be grateful to the many people - my parents, family, friends, the sisters, co-workers and the numerous people I’ve been privileged to minister to - who have inspired, supported and enriched me along the way.

The Trading Circle comes to completion

In Australia and Aotearoa-New Zealand, The Trading Circle has been marketing products from Good Shepherd producer groups for 25 years. Many factors led to the recent decision to bring the ministry to closure

The growing Good Shepherd team in New Zealand continues to expand its services, working with partner organisations in the development of a national network