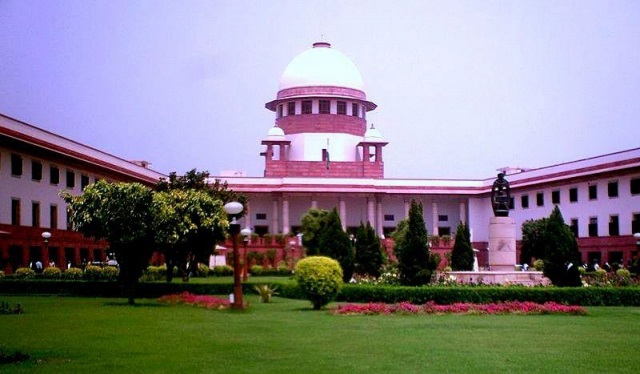 When Truth is the only weapon....

Four persons were sentenced to death by the Supreme Court of India in the year 2004 in connection with the Palar bomb blast in which 22 people lost their lives. We will call them Mr. Be, Mr. G, Mr. M.M and Mr. S.   Palar is located in Karnataka State on the border of Tamil Nadu State, India.

A notorious gang headed by Mr. X was involved in elephant poaching and sandalwood smuggling on the Tamilnadu and Karnataka border forest area from the 1980s. A stage was reached where the Karnataka and Tamilnadu police intensified their operation to capture Mr. X.  During this process, on 9 April 1993 a bomb blast took place said to be triggered by Mr. X.  A total of 22 people died in this blast. Among the dead 15 were civilians whom the Tamilnadu police forcibly kept with them as informants and 7 were from the police and forest personnel. This blast took place inside the forest near Palar in Karnataka State; hence the blast came to be known as Palar bomb blast.

After this incident a Joint Special Task Force was set up by Karnataka and Tamilnadu Government to capture X. As a result between April 1993 and 1994 some 225 people were arrested and prosecuted under Terrorist And Disruptive Act known as TADA. But only 7 of them were convicted for Life imprisonment by the trial court in Mysore. These 7 appealed to the Supreme Court for justice. Unfortunately 4 of them were given the death penalty.  This shocked all. They are Mr. Be, Mr. G, Mr. M.M and Mr. S. These 4 convicts appealed in the Indian Supreme Court against the verdict of the trial court. The Supreme Court enhanced their sentence to death in the year 2004. Then these four petitioned to the Honourable President of India for mercy. Their Mercy petition was rejected in the year 2013 after a gap of more than 9 years.

The news of rejection of their Mercy petition was a great shock to us and to the relations and the people of Martalli area from where all these four people come. We all had hoped that they will be freed.  But the situation was otherwise......

It had taken decades for the both governments to nab Mr. X, but all along the way many with vested interests have benefited. It was clear to the public, especially to the people of the region who were the direct victims, that the Governments had neither political will nor determination to bring the culprit to the law. We also had a Document, a study report by the National Human Rights Commission carried out in Martalli and in the neighbourhood which records the atrocities suffered and inflicted by the Forest, Police and the joint Task force personnel on the local people of the area for nearly two decades - how many women and girls have been raped and killed, youth and other men who have been shot down and killed in fake encounters, some still missing.  There are also many other shocking and painful narratives.

As for me, I have been listening to the people as I lived in Sandanapalaya for 6 years and was able to gather simple but true stories of events that the ordinary people suffered. One feels powerless when truth is bypassed, not valued by those who manipulate the situations for their selfish benefit. The local people’s sharing with me opened my eyes to the realities and of the challenging, risky and dangerous situations faced by the ordinary people of the villages.

These stark realities strengthened my personal conviction to challenge and to work through a network process and collective efforts of persons specially Mr. Bo of Martalli and Mr M from Mysore Prison Ministry, advocates and other likeminded people.

“It took me a moment to affirm my stand and say ‘NO’, this cannot take place, something needs to be done. The truth needs to be brought to light, the authorities and the Supreme Court need to know the hard facts and the on-the-ground realities. It was not a true judgment on these Four persons.  They had neither political nor muscle power to manipulate nor money to bribe but they only had their innocence and the powerlessness of the poor and the needy who had TRUTH as their only weapon.  Truth must prevail and restore justice to these powerless and money-less persons. It was an unknown path then, but something compelled me from within, courage to plunge into the dark come what may be the cost...”  The cost, the involvements were unknown to me then........

The Groundwork - gathering facts and evidence

The common belief in the area was that these four did not deserve death punishment. These people were arrested in a suspicious situation and wrongly prosecuted and punished. People of the area believed that the four of them would be given mercy and be released as they were not involved in the bomb blast. But on the contrary they were denied mercy plea and were about to be hanged. It was a great relief to us and the convicts when some good hearted activist advocates who work for the abolition of the death penalty also took up the matter in the Supreme Court of India and petitioned to the honourable Court to commute their death sentence to life imprisonment as the mercy petition was rejected by the Honourable President after a gap of more than 9 years - which is against the convicts’ right to life.

It was at this juncture we got involved in the issue.

We studied the court verdict of both the Trial court and the Supreme Court and collected information regarding these four convicts to prove their innocence of the crime. We visited the four persons in the Belgaum Prison. We gathered information, affidavits and testimonies from persons concerned, especially with whom these four persons were working at the time of the particular blast. We took up the campaign and networking process to inform the people about the wrong prosecution and ultimate conviction. We wanted the people to know the actual facts and the manipulations that had taken place.

We met with the church leaders like the Bishops and Cardinals including the Catholic Bishops Conference India, Prison Ministry of India and persons and groups who had likeminded thinking. Mr Bo of Martalli, a learned person with wider knowledge at all levels especially on this issue as he is from the same locality and has known the situation well for decades, accepted to be the main link person for this specific PROCESS along with Mr. M from Prison Ministry, Mysore. Mr. Bo made several visits to Bangalore and New Delhi to meet the Advocates and we were finally even ready to file a writ petition pleading for the re-opening of the case. But the plan to re-open the case was discouraged at that time as the merit of the case was yet to be considered due to the inordinate delay of a Mercy Plea.

Faith in the unknown

‘It was a matter of time and faith in the unknown and to believe that the Shepherding Mission has dark tunnels to pass through.’

At last after the long waiting the good news reached us as the Honourable Court commuted their death sentence to life imprisonment on 21 January 2014. It was a great relief for the convicts, their families as well as for the people in general.

Hope for the Future

Now they are back in Mysore prison which is about 150 kilometres from their village. They are able to avail themselves of leave as they can go home for 2 to 3 months on parole. (Earlier they were kept in Mysore prison for 10 years. After the death conviction in the year 2004 they were transferred to Belgaum prison.) Now being in Mysore it is easy for them to meet their families now and then as per the rules. And finally we have to work for their release under Remission Provision for the life convicts. These will be our future interventions. Now their families too are taking interest and an active role and above all there is HOPE that JUSTICE is not a distant dream but impossibilities becomes possibilities.

Recognition of contribution of many

We humbly acknowledge the many who could listen from a different perspective; some could understand the truth and joined in this network process to unravel the hidden path.