Center for Overseas Workers, in Davao 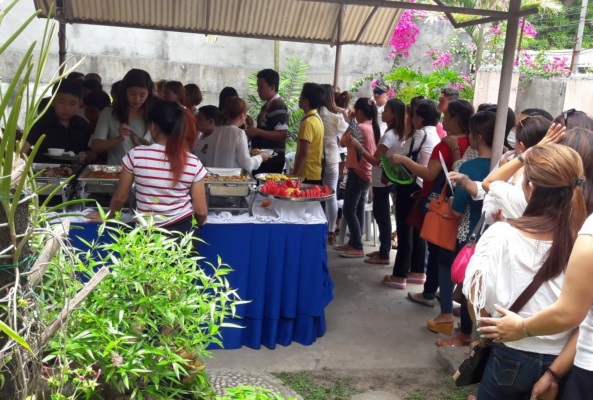 Protection and empowerment of Overseas Workers

The Religious of the Good Shepherd Center for Overseas Workers (RGS-COW) envisions a future society wherein women and men, particularly workers forced to seek jobs in other countries can exercise their full and equal rights as human beings, enjoy the fruits of their potential and actualize their oneness with creation.

RGS-COW is committed to the empowerment of overseas Filipino Workers (OFWs) from poor communities of Davao and surrounding areas, through community based organizing, training and socio-economic programs. OFWs and their immediate families are enabled to develop their capacities in decision-making and taking individual and collective action for their families and communities’ well-being, especially in safeguarding of Christian family values, sound financial and enterprise management and protection of workers’ rights.

Structure of the Program

Religious of the Good Shepherd – Center for the Overseas Workers (RGS-COW) is a member agency of the St. Mary Euphrasia Integrated Development Foundation, Inc. (SMEIDFI), a non-stock, non-profit organization under the administration of the RGS and duly registered with the Securities and Exchange commission (SEC) and duly licensed as a welfare agency by the Department of Social Welfare and Development (DSWD).

It began as a ministry of the RGS Community in Davao City in March 2008. As a ministry of the RGS, it was supported by the Good Shepherd Congregation. Since 2008, RGS-COW has continued to provide services to the returning OFWs who were unfortunate in their endeavour in other countries, particularly the women who worked abroad as domestic helpers.

Lately, however, the program has focused more on those who formerly worked in Japan as Performing Artists, locally called as Entertainers whose children had been abandoned by their Japanese father. A number of these women had been employed as Domestic Helpers in the Middle East and other Asian countries and had been victims of human trafficking and abuses.

Since the operation of RGS-COW, it has provided services to the returning OFWs such as counselling, vocational and skills training, micro-finance credit. It has also provided legal assistance through its NGO partner in Japan to the abandoned Japanese Filipino children – in order to obtain financial support and legal recognition from their Japanese fathers.

At present the Center is an active member of the Inter-Agency Council Against Trafficking. Its works against Human Trafficking is not limited only to Advocacy but extends also to therapeutic interventions and temporary shelter for the victims. The Center has not only networks with the National and local NGOs and GOs, but it also works closely with International Groups, like the Japanese Filipino Children Networks (JFC Network) and Maligaya House in behalf of the abandoned Japanese Filipino Children and their mothers. And, with the Solidarity Migrants Japan (SMJ), Talitha Kum and other NGOs in Japan for the victims of Human trafficking.

-          Former OFWs in Japan and their abandoned Japanese Filipino Children.