The Trading Circle comes to completion 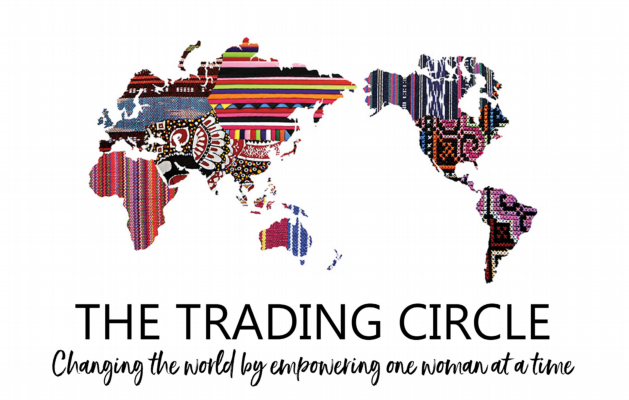 The Trading Circle operated within the Province of Australia & Aotearoa-New Zealand as a much loved and valued ministry for over 25 years.  It was established as a not-for-profit fair trade organisation with the sole aim of empowering women in developing countries to trade their way out of poverty, with dignity.  The Trading Circle marketed products made in Good Shepherd projects in many countries of the world, ensuring a fair price for the Producer Groups.

The project was created in 1995 by the late Sr Anne Manning, who worked in partnership with Sr Helen Swiggs and other sisters throughout Australia and New Zealand for many years to develop its capacity.  In Sydney, Melbourne, Brisbane, Toowoomba, Perth and Auckland sisters and volunteers would be welcomed to parish weekend Masses, to conferences and other community events to showcase and sell the beautiful, hand crafted products.  Product quality attracted a high degree of positive attention and support and goods sold included clothing, scarves, tableware, bags and purses, pottery, toys, jewellery and cards.

Aims of the project

During Mass and at other events, the sisters and volunteers were invited to speak about the lives of the women producers and the positive impact of the sale of their goods.  This fulfilled a secondary aim of the project: the raising of consciousness within Australia and New Zealand of the situation of women and families struggling to survive and thrive in challenging circumstances.

From 13-20 February 1997, the province hosted an international Good Shepherd Economic Justice for Women Forum, in Sydney.  Representatives from 24 countries participated in the event including from other Good Shepherd fair trade organisations already springing up in Canada, USA, Britain and the Netherlands.

Scope and scale of The Trading Circle

As The Trading Circle developed, the province purchased or rented shopfronts so that the products were more widely available.  During this period of greatest expansion, substantial quantities of goods were sold.  To give an example which now seems far-fetched, in 2007 over one long weekend in Sydney, Helen Swiggs and her team sold products to the value of $A33,000 (currently $US1 / $A72c). In one weekend!  People came to Helen's advertised location from all over Sydney.

Impact of many changes

Over time, it became necessary to employ staff to run the shops, leading to increased overhead costs which the project needed to cover.  Also, purchasing patterns began to change within Australia and Aotearoa-New Zealand as people became more aware of the need to re-use, recycle and limit the use of the resources of the planet. Other factors which affected The Trading Circle were the impact of the Global Financial Crisis, and the growing availability of online shopping.  Though TC products were made available on a well designed and attractive website, it became increasingly difficult to adapt to rapidly changing fashion and style trends.

In recent years the goal of sustainability of The Trading Circle as a project within Good Shepherd Australia New Zealand began to retreat.  Producer groups were advised of challenges which led to the decision to focus attention on a smaller number of Producer Groups, in Thailand and Philippines.  Also, it was necessary to engage in a process of rationalizing The Trading Circle outlets to one shop in the Sydney suburb of Summer Hill.

Painful decision and its aftermath

These changes did not halt the decline of product sales, and in July 2020 the Good Shepherd Australia New Zealand Board of directors took the decision to bring The Trading Circle to closure.

As this decision became likely and indeed inevitable, Ms Gendrie Klein-Breteler (GSANZ) and Ms Theresa Symons (Asia Pacific MDO) led the process of communicating with producer groups in Thailand and Philippines to prepare them.  Funds are guaranteed to the producer groups to cover their expected income through the project for the remainder of 2020.

Theresa Symons will work with the Producer Groups in Thailand to assist them in transitioning to more sustainable products, able to be sold in local markets.  GSANZ will provide a seeding grant to assist this process.  The Philippines has already transitioned to different markets and is not reliant on the Australian market.

While there is a sense of grief in the loss of a loved ministry in the Province, there is comfort in the knowledge of the ripple effect for good in the lives of countless women and their families over 25 years.

Blessings and gratitude to the countless people involved with

The Trading Circle over 25 years